Version
1.0
Status
Approved
Created
By Jo Allchurch, on 16/04/13 11:51
Modified
By Jo Allchurch, on 16/04/13 11:51
Description
The Environment Agency are developing their approach to publishing the national surface water flood map and want your views. As you know, under the Flood Risk Regulations the Environment Agency are required to publish surface water flood mapping for areas designated as 'Flood Risk Areas' (there are 10 in England) by 22 December 2013. They are considering when is best for them to publish surface water mapping for the rest of England and need to know your views on the options available. To give everyone (the Environment Agency and LLFAs) time to prepare for publication they need to know what you think by the end of April. More information can be found in the attached briefing. 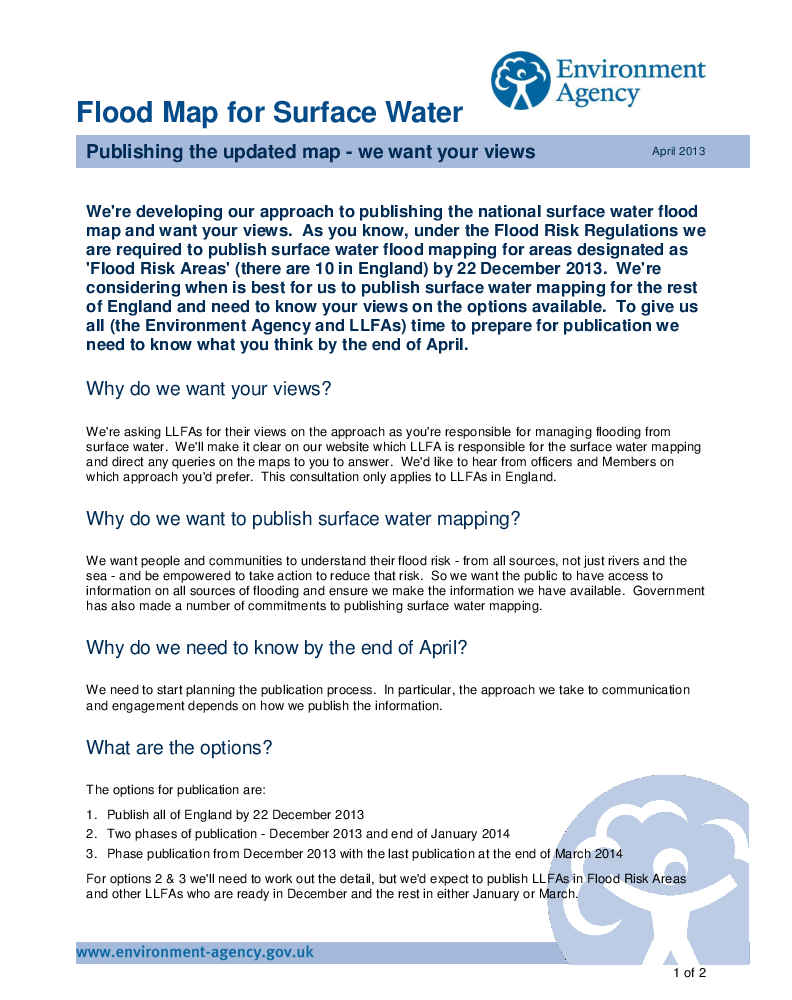