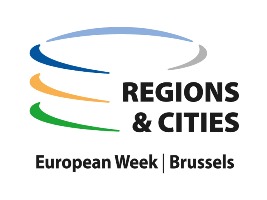 These local authorities discussed the impact of the COVID-19 crisis in 2020, which has given rise to new challenges, aggravated old ones, but also highlighted the essential role of cities, metropolitan authorities and regions in delivering public services as close as possible to citizens.

The aim will be to present the emergency measures taken locally and the support provided by the European Union through Cohesion Policy. The differentiated management between the partners will be very interesting to highlight the strengths and weaknesses of their governance models.

Looking to the future, it is essential that these local authorities can play an increasing role in the next programming period.

The Metropolitan scale, and its specificities in terms of governance of European funds and legal competences, will be addressed as the partners are involved in the ESPON study entitled "METRO" and are part of the European Metropolitan Authorities network.

Finally, the need to involve Cities, Metropolitan Authorities and Regions at all stages in the implementation of the European Green Deal and Recovery Plan will is essential - watch now